Guest Blog – So Your Experiment Failed…

Allow me to let you in on a little trade secret. Science doesn’t always work. In particular, a lot of new experiments are deemed a failure at the first attempt. That might be because the data didn’t reveal what was expected, thus placing early question marks around a hypothesis. It could also be because data from some of the replicate samples lies far outside the trend of the rest of the dataset, making it difficult to interpret. Sometimes, just about everything goes wrong and you don’t even get any data to analyse at all. If you ever find yourself in this position the best thing you can do is remember that experimental failure in science is totally normal and every scientist experiences it. In the words of The Wire’s great antihero Omar Little; “it’s all in the game”.

Science is about exploring ideas and hypotheses. You come up with a theory (hopefully backed by some prior evidence) and compile a list of appropriate experiments to test that theory. At the start of the process you don’t know for sure if your theory is accurate. That is because any principle that is “known” in the scientific community only gains that status through the publication of water tight data to support it (and even then it can be hotly debated). Your job is to explore a new theory and, if the data you collect backs it up, justify the significance of your discovery to the rest of the scientific community. The process by its very nature is marred by frequent failures. As a scientist you are most likely exploring something that nobody has ever done before. How can you expect it to go 100% smoothly? Anything that goes that well is likely a sign that you are not exploring something truly novel. Interesting science is enticing because it goes somewhere that others haven’t and that involves taking on the challenge of dealing with failed experiments and adjusting to them.

Many times I have heard undergraduate, masters and PhD students expressing their severe disappointment after a big experiment failed for them. This is normal and every scientist goes through it on a more regular basis than we would like to admit. It is an important part of the scientific endeavour but how you deal with that failure is arguably more critical. When you put time and effort into a big experiment and you get nothing in return it can be extremely disheartening to the point where it can push some to leave research all together.  If you want to avoid such a strong feeling, it is important to learn how to cope when science goes wrong.

As a scientist myself, I am well versed in looking at data and going “bloody hell… that wasn’t what I wanted to see”.

Here are a few of the things I do to manage in such a situation.

Step back and think about it. What could have gone wrong?

When you have put a lot of work into an experiment only to come out with nothing of note, it is very easy to fall into a type of despair. You might have the urge to walk around the lab swearing and claiming you’re “done with science”. The truth is, in a time like this critical thinking is more important than ever. If everything went south because of equipment failure or personal errors it is easy to realise what needs to be done next time. It is harder to realise that if the experiment “worked” in the sense that it was run without error but the data does not show you what you expected. Either way, it is always important to consider if it is worth running the experiment again and, if so, what you need to do to ensure you get reliable data. You have to pull yourself out of the current situation so you can think critically about what you have just observed. Sitting in the lab despairing is tempting in these scenarios but it is of no benefit. Personally, it is in these situations that I most appreciate the commute home because it is 50 minutes during which I am totally alone in my car. That is a long time to sit and think critically about what happened and I can think of numerous occasions where I have resolved the issue and thought of a solution before I got home. Try and recreate this in your own way. Taking a walk is always a good start!

Don’t be scared to reconsider your hypothesis

On those same drives home, a negative result has also pushed me to reconsider my hypothesis on a few occasions. This is another important thing to do. Our hubris can often make it hard to admit that we may have been wrong about our original idea but recognising when a theory needs a few tweaks is key. I am not saying that you should totally disregard your hypothesis if the first couple of experiments go awry. If, however, you are getting kickback after kickback then perhaps things don’t work quite how you thought. Taking the time to reconsider the route you want to explore can be invaluable.

This isn’t the end of the line

In keeping with the theme of switching your focus, it is important to remember that a bad result is not the death of your work. Sometimes following the path laid by a “bad” result leads somewhere really interesting. This is why I think reconsidering your hypothesis is so important after a few kickbacks. It is easy to think that because your data doesn’t show you what you wanted to see, it isn’t of note. In reality, you might be stumbling on something a lot more interesting than your initial hypothesis. You might also be getting pointers in how to improve on the original idea. Your data might be trying to tell you “you are pretty close but if you make these tweaks, something really exciting will happen”.

Most importantly, try not to take a bad result to heart. Science is totally objective and unbiased and has no vendetta against you. If something goes wrong you have to recognise that it is all part of the scientific endeavour. Science doesn’t always work the first time but second chances are always there to be taken.

What do you do when experiments fail? Reply in the box below 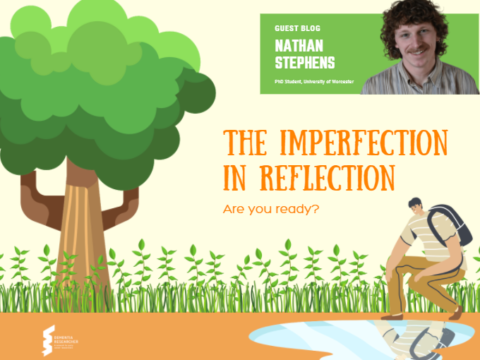