I was diagnosed with younger-onset Alzheimer’s disease in 2016 at the age of 61.

A former Intel executive, I managed and led sales teams until my early retirement in 2017.  In my role there I spoke frequently at events and prided myself in creating programs to help other women advance within the organization. Now I dedicate myself to being an Alzheimer’s advocate.

I first noticed cognition problems in 2012 when I began having difficulty remembering conversations and learning new systems at Intel. I remember sitting in my office really struggling to comprehend a training seminar. I was taking notes and doing my best to understand what was being said, but it wasn’t ‘sticking.’ I had to write things down, almost word for word to compensate.

Given my respected reputation, work colleagues dismissed my symptoms. Soon afterward, however, my husband Bob noticed that I would ask repetitive questions, often within minutes of each other. I also started experiencing confusion navigating familiar environments.

In 2015, following a neuropsychological evaluation, I was eventually diagnosed with Mild Cognitive Impairment (MCI). In July 2016, following subsequent MRI, PET and CT scans conducted over three days at the University of California San Francisco Memory and Aging Center, I was diagnosed with younger-onset Alzheimer’s disease.

I received my diagnosis while accompanied by Bob, my husband, and my two daughters, and although the news was devastating, finally knowing the truth was a relief, I allowed myself 24 hours to grieve and emerged the next day determined to be a fierce advocate.

The day after my diagnosis, I changed my Facebook, Twitter and Linkedin profiles and proclaimed to the world that I had Alzheimer’s. I let people know that I have a new job now – one with a real purpose – and that is fight for a cure, raise awareness and remove the shame and stigma of this horrible disease.

Today, I dedicates myself full-time to Alzheimer’s awareness. I have spearheaded four new Walks to End Alzheimer’s, which collectively raised over $50,000 last year, and has spread the word to involve others in the fight. Raised Christian Scientist, I was taught to pray for healing. Growing up, I never went to the doctor. Today, I’m in a clinical trial and wholeheartedly embrace medical research to find a cure for Alzheimer’s.

As a member of the Alzheimer’s Association 2017-2018 National Early-Stage Advisory Group, I was greatful for the opportunity to give a voice and face to early-stage Alzheimer’s.

As my doctor told me last year, it’s important to do what makes me happy – and working with the Alzheimer’s Association and others to help find a cure does that. I know there may not be a cure in my lifetime, but I will die trying, and with a smile on my face, because it will help others.

I live with my husband Bob (Linscheid) and reside in Danville, CA with a blended family of six adult children. 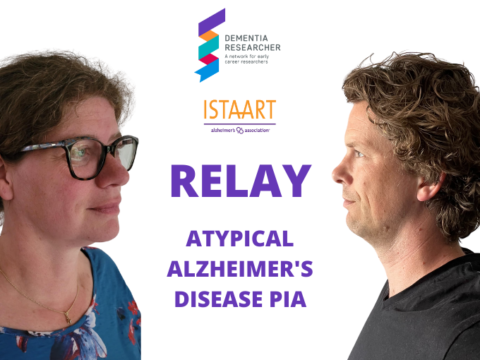