New evidence published in the Cochrane Library provides strong evidence that falls in people over sixty-years old can be prevented by exercise programmes.

Falls are a leading cause of accidental or unintentional injury deaths worldwide. Older adults suffer the greatest number of fatal falls and over 37 million falls are severe enough to require medical attention each year.

A new Cochrane Review produced by a team comprising researchers from the University of Sydney in Australia and University of Oxford, UK, summarizes the results from 108 randomized controlled trials with 23,407 participants from across 25 countries. The average age of the participants in the studies was 76 years old and three quarters of them were women. Eighty-one of these trials compared exercise (all types) versus a control intervention (doing no exercise or minimal gentle exercise that is not thought to reduce falls) in people living independently at home, in retirement villages, or in sheltered accommodation.

The review looked at two different ways of measuring falls. Firstly, they found that exercise reduces the number of falls over time by around a quarter (23% reduction). This means that if there were 850 falls among 1000 older people doing no fall-preventive exercise during one year, there would be 195 fewer falls among people who were undertaking fall-prevention exercise. They also found that exercise reduces the number of people experiencing one or more falls (number of fallers) by around a sixth (15% reduction). For example, if 480 out of 1000 people experienced one or more falls over 1 year, participating in exercise programmes would reduce the number of fallers by 72 people.

The certainty of the evidence for the overall effect of exercise on preventing falls was high. However, the findings that exercise reduces fractures and the need for medical attention are less certain, reflecting in part the relatively small number of studies and participants for those outcomes.

The reporting of the side effects of exercise in the trials was limited but when side effects were reported they were usually not serious, such as joint or muscle pain; however, one trial reported a pelvic stress fracture.

Author, Professor Cathie Sherrington from The University of Sydney, Institute for Musculoskeletal Health said: “This evidence helps build an even stronger picture that exercise can help prevent older people having falls. It also illustrates which types of exercise can be beneficial. It is well known that keeping active promotes good health but this review pinpoints which types of exercise are more likely to be effective for preventing falls.”

“More work is needed to establish the impact of exercise on fall-related fractures and falls requiring medical attention because such falls have major impacts for the individual and are particularly costly to health systems. Further research is also required to establish the effectiveness of fall prevention programmes in emerging economies where the burden of falls is increasing more rapidly than in developed countries due to rapidly ageing populations.”

The full review is available via the Cochrane Library website.

There are twenty-one NIHR funded Cochrane Review Groups in the UK that produce systematic reviews like this, providing important evidence to help the NHS adopt the most effective and best-value treatments.

View Profile | View all posts by Dementia Researcher
Principal investigators are people, too
Undertaking a PhD in an International Lab Guest Blog – Academic Life and the Problems of Perpetual Post-Docing Guest Blog – Err On the Side of Patronising: Writing Tips The Edge of Anxiety 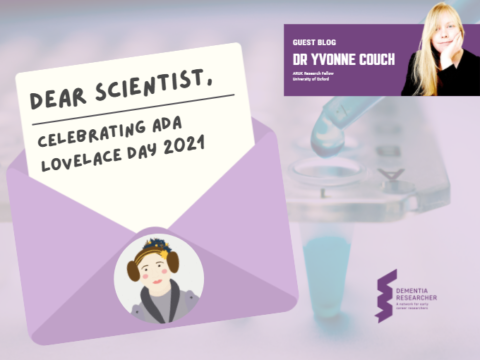